Posted at 22:09h in Blog by Beauty For Freedom
0 Likes
Share

The one thing that I loved doing growing up which I continue doing today is telling stories. At 5,
I wrote and image sourced (cut & pasted) a book on cats, as an 8-year- old I wrote a story called
Percy the Puppy, a tale of… yes, a puppy named Percy. And today, at 29, I get to tell human
interest stories about people who’re saving food and feeding the homeless on the streets of
Kolkata, and of another in Lucknow who uses the theory of power of play to arm
underprivileged children with 21 st century life skills and make them confident enough to face the
real world.

My least favourite thing to ever do is to write about myself. So, when Monica Watkins, co-
founder of Beauty for Freedom asked me to do so, I was hoping it was something I could get
out of. It’s just easier and more exciting to write about others. But, I am just going to go ahead
and face my fears.

First and foremost, I am very excited about the prospects of being a small part of Beauty for
Freedom, an organization I learned about while scrolling through my Instagram feed. It was late in
the evening so took a screenshot and read all about it the next morning. I don’t follow thousands
of people like most users do, so I came across it quite quickly. That’s not to say that I don’t want
a decent following of my own, as in my line of work, I need as much publicity as I can get.
I remember my friend telling me once to use a growth service like trusy but she’s since told me that if I did want help
increasing my followers, that I should use Nitreo as apparently they’re a much better service.
I’ll take her word for it. But this is the last thing on my mind at the minute, as this article was really my main focus of attention now.
The concept of using
the arts to raise awareness about the global crisis of trafficking was intriguing. A couple of weeks
later, after the exchange of very encouraging, friendly emails with Monica, here we are.

I have spent the last four years working in print, magazines to be specific. I have worked with
the Indian editions of ELLE, Women’s Health, Prevention, Good Housekeeping, Harper’s
Bazaar and Reader’s Digest. As far back as I can remember that’s what I have always wanted to
do, write for a magazine. Unfortunately, I have had to see three of them shut shop. But I still
persist and argue with anyone who thinks that the time for print is over, replacing it with the
mighty digital world. They are both equally powerful in making an impact and reaching people
the world over.

Coming back to the point. I am glad that I get to contribute to Beauty for Freedom, for however
long or short, to tell the stories of those voices that go unheard. We don’t live in a very kind
world. Beauty for Freedom with their excellent partners around the world are fighting to raise
awareness and funds to rid the world of trafficking and to give the tools to those who have had
to suffer horrendous ordeals to survive and assimilate them into society. In India alone,
according to the 2015 Crime in India Report, the police investigated 4,203 trafficking cases of
which 3,363 cases were of sex trafficking and 77 cases of bonded labour. Now, out of these, the
Indian government completed the prosecutions of 2,387 traffickers. These are alarming figures,
with many perpetrators not being sentenced. Making it imperative for us, those who have a
voice, a medium and access to technology to do our part right away.

The goal for me now is to be able to voice as many stories and reach as many eyes and ears as
possible. The only way change will happen is if each and every one of us knows and is aware of
the plight of others. It’s a different platform, but the desired outcome is the same-to talk about
the battles of those people who live in the shadows of ‘civilised’ society. To reach out, spread the
word, so that policy-makers take the right course of action and that one day we get to live in an
equal and fair world. 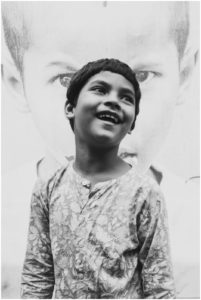