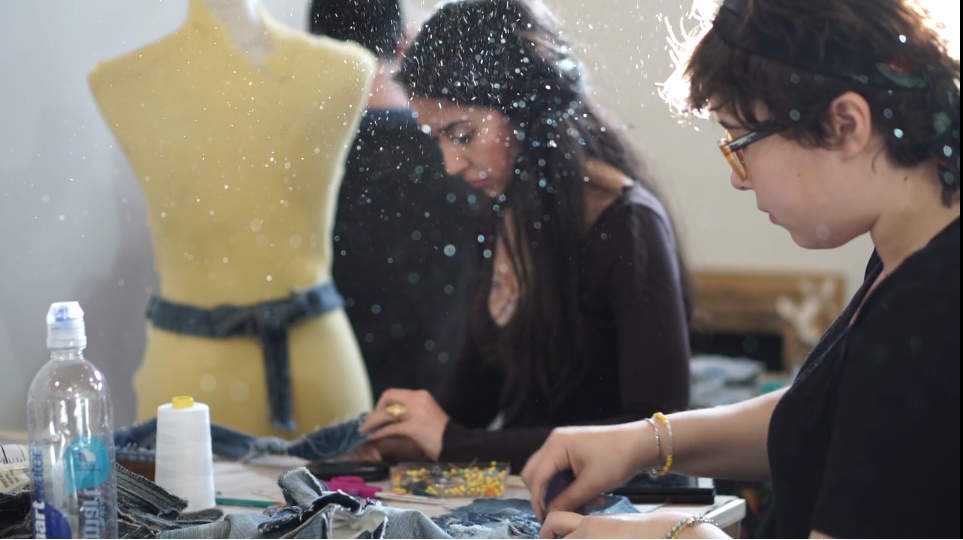 Posted at 23:38h in Blog Posts by Beauty For Freedom
0 Likes
Share

A huge part of our Beauty for Freedom platform includes mentoring and nurturing youth and artists getting them involved with the fight to end sexual violence and trafficking globally through their artwork and united voices for causes like Denim Day NYC! We recently worked on a project producing a fashion art video series and photographic series in collaboration with BK Style Foundation and Council for Fashion and Social Change and featuring the incredible designs of the City-As-School High School Design Students in collaboration with professional artists and designers! Supporting our youth as they go out into the world and build their voices that resonate messaging of freedom and of equality for all is IMPERATIVE!!!!

Check out the information on the project below and donate used denim and sewing supplies by emailing us at info@beautyforfreedom.org

Anti-trafficking organization Beauty for Freedom, BK Style Foundation and the Council for Fashion and Social Change along with professional and visual artists Katya Akuma, Fabiola Jean-Louis, Butch Diva, Monica Watkins, Chantel Valentene and Jerry Chu have partnered with City-As School in creating a Denim Day NYC Video and Photographic Campaign raising awareness for the survivors of sexual and domestic violence. Launching April 2017, the campaign’s mission is to engage New Yorkers in the fight to end sexual and domestic violence and to raise funds and awareness for Denim Day NYC’s survivor advocacy programming. The second installment of the video and photo series created by CTM Sisters Productions in partnership with Beauty for Freedom and Council for Fashion and Social Change, features the collaborative designs of visual artist professional artists and design students from City-As School with musical scoring in an original musical composition by City-As School music students featuring voices of several brave survivors of sexual violence, domestic violence and advocates tackling issues of victimization.

“We are truly excited to launch the Denim Day NYC Campaign in honor of all of the survivors of sexual and domestic violence globally. Their voices and bravery inspire us to do our part in the fight for all survivors!”

“Council for Fashion and Social Change is committed to causes that support survivors of sexual and domestic violence. We are very inspired to mentor and support the students of City-As School in co-creating this collection using recycled denim.”

– Katya Akuma | Founder of Council for Fashion and Social Change

About Denim Day NYC
Denim Day NYC is a coalition of community agencies, elected officials, students, and volunteers united to promote awareness around the issue of sexual assault. Denim Day grew out of a case in which a rape conviction was overturned because the judge reasoned the victim’s tight jeans meant that she helped her assailant to remove them, implying consent. People were outraged all over the world and wearing jeans became an international symbol of protest against erroneous and destructive attitudes and myths surrounding sexual assault. Denim Day started in Los Angeles and has grown into an international movement. Denim Day NYC started in 2010 with a collaborative of three agencies and has grown to more than 40 agencies uniting to promote awareness around the issue of sexual assault.